SEO for WordPress, Joomla, Drupal: Which one is the Most Search Engine Friendly CMS?

Content Management System (CMS) is a buzzword in the IT industry these days. While business and website owners want a CMS just because it sounds so impressive, website developers love it for all the benefits it has brought. Thanks to CMS, there is hardly any need to hand code HTML and PHP scripts. That does not imply that there is no need of a developer anymore. CMS is simply a tool to help a developer create better solutions in less time.

The one difficult issue, perhaps, is making the right choice between WordPress, Joomla and Drupal, three of the most popular and powerful CMSs out there. All of them are open-source tools based on PHP and MySQL with regular updates. Each has extra plugins including ones for SEO. The plugins are called plugins in WordPress, extensions an Joomla and modules in Drupal.

While there are many factors on which a CMS is compared, an important one is its SEO friendliness. Let’s take a look at WordPress, Joomla and Drupla and determine how each one rates on the SEO scale.

ABOUT WORDPRESS
WordpressWordPress has been around since 2003 as an open source blogging tool and CMS platform. More than 200 million websites online are based on WordPress. Due to its notable user-friendliness, it is considered the foremost choice for small websites and blogs.

With WordPress, everything is so easy that many website and blog owners just choose to do it all by themselves. This definitely earns it negative points from developers.
As one of the most commonly used CMS, WordPress offers thousands of plug-ins and a huge community ready to help, two very attractive incentives.
When it comes to features, WordPress proves to be more generous than most people expect CMSs to be. A basic WP website not only offers the usual search, comment, tag, index, etc., but also provides multi-level access and authorship for up to ten users.

SEO for WordPress
For SEO, WordPress is perhaps the most powerful CMS, most favorite as well, due to a plethora of SEO plugins and its supportive community. The SEO module All in One SEO pack allows you greater control over your titles, descriptions and duplicate content. Another good module is Google XML Sitemaps which automatically generates a sitemap to submit to Google webmaster tools. Features such as tagging, indexing and WP’s clean URLs make things even better. WordPress sites can get a high ranking; however, as with any website your ranking greatly depends on the effort you put in the keyword selection and optimization process. Contact Red Carpet Web Promotion to optimize your WordPress site.

ABOUT JOOMLA
JoomlaUnlike WordPress which is foremost a blogging platform, Joomla is and always has been a pure CMS; consequently, it offers a window of opportunity for developers as well as designers. Because it is not that simple to use, it is unlikely that just anyone could create a Joomla-based website without help from a developer.

The best thing about Joomla is that it offers plenty of room for customization. There are numerous extensions and plug-ins, which further add to its abilities.
Joomla has a powerful API which enables easy integration into other systems and software. Therefore, there are endless possibilities for developers to create unique and customized websites.

SEO for Joomla
When it comes to SEO, Joomla has been severely criticized since its inception. And although there is ongoing talk about its awful built-in URLs and encrypted plug-ins, newer updates and extensions have changed the story. A proficient developer with a broad understanding of SEO can obtain great results and ranking with Joomla. However, it still lacks ease-of-use and is not considered favorable in terms of SEO. But given the popularity of Joomla over 400 extensions come up in a search for SEO. A few of these SEO extensions facilitate the job of optimizing titles descriptions, page names, links and other factors. Contact Red Carpet Web Promotion to optimize your Joomla site.

ABOUT DRUPAL
DrupalJust like Joomla, Drupal offers flexibility and power to handle huge, complex and highly customized websites. Released in 2001, it is also the most senior among the three open source CMSs under discussion here. Developers love it because it does not limit their ability to create large, robust and scalable websites.

One major difference between Joomla and Drupal is that the latter is more developer-centric rather than designer-centric.
Drupal offers better extensibility than Joomla or WordPress. The add-ons are easier to integrate with the core and third-part systems alike. Overlapping issues are not common, making Drupal a reliable platform as well.
Drupal is an excellent choice for a website where security is a key factor. Even the third party extensions are almost as secure as Drupal core.

SEO for Drupal
Drupal takes the cake here. Although, WordPress does offer best SEO possibilities, it is still not flexible and robust enough for large and complex websites. Drupal offers a good level of control over SEO. It has everything ranging from SEO-friendly URLs to extensive SEO modules. Moreover, there are plenty of tools that automate the whole SEO aspect for a website. Contact Red Carpet Web Promotion to optimize your Drupal site.

Conclusion
There is simply no point of argument or viable comparison between these three most popular open source CMS as they widely differ. The choice depends on the website’s requirements and the developer’s own style and preference. Nevertheless, SEO for WordPress tends to yield better results and ranking if forced to choose. The content of the website, the keyword choices the optimization and the quality incoming links are much bigger factors for good search engine rankings than the choice of CMS.

There has been a significant increase in the popularity of social media websites over the past few years. With it has come a shift in the way that people search for information and how they share and consult opinions on the internet when making purchasing decisions. 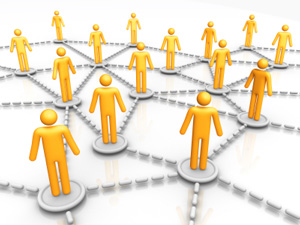 Social Media MarketingSocial media sites such as StumbleUpon and Digg, give users a voice on the internet by providing tools to connect, exchange views, share content, information, and recommend products and services using the “thumbs up or down” approach. This has caused a huge shift in the way people search for information online. More and more, Internet users rely on the opinions of others before they buy into the validity of a product or service. “Word of mouth” is no longer only from mouth to ear, but is more frequently spread on social media sites and it has never been so powerful. Any product or service deemed worthy are promoted, shared, or discouraged against in these online social communities.

Social Media Marketing (SMM) targets users by promoting content through bookmarking, blogging, online video sharing, and social networking to potentially expand their audience and drive traffic to their website. Businesses are beginning to understand the power of these influences when it comes to establishing a reputation and growing their online business. Social media marketing strategies such as a business’ engagement in various social media websites can help to generate branding and a personal connection with its users.

Business Profiles
One of the most important social media marketing methods includes posting business profiles on social media websites such as Facebook and linkedIn. Instead of waiting around for consumers to come to you, you have to reach out to your target audience. Solidifying your presence in the social media community creates a direct interaction between business and consumer that may not dramatically increase conversion rates but is definitely capable of establishing branding power and credibility. The valuable feedback consumers provide promotes insight in determining what business strategies are working and what could be re-evaluated to make a website more user-friendly. 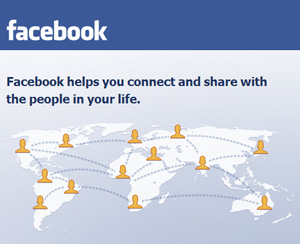 FacebookThe influence of social media sites has changed the way search engines define placement. Images, videos and news content featured on social media sites such as Youtube, Digg, and Flickr are equally capable of sitting comfortably at the top of the search results leaving others, who have not yet jumped on the social media bandwagon, a little confused.

Effective Social Media Marketing Strategies
Take a hint from the popular social media websites by adding some type of interactive quality to your website. Engage the viewer and create an atmosphere of inclusion and direct contact that encourages a user to come back and visit again. Forums and social applications can help you compete for traffic in an evolving market.

Become an expert in your niche. Yahoo Answers is a great place to start. You can create a business or company profile and begin answering direct questions and supplying information to those in your target audience.

Join Social Networks. Social networking provides a means to promote association and the exchange of knowledge while also establishing business contacts and connections. Post your business profile in the popular social and business networks such as Facebook and LinkedIn, but also make sure to concentrate your attention on your niche audience by joining social media networks that represent and support your business or company’s ideas.

For example if you are selling organic produce and you set up a profile in a social media network such as Care2.com, an environmental portal, you are then communicating directly with those individuals who will support your product or service because of a shared interest. These types of social media communities will extend their approval by sharing in discussions about your products or services with other users and even in some cases “become a fan” of your featured webpage.

Some examples of popular niche social networks include:

TravBuddy.com for the traveller
Tipd.com for those seeking financial advice
AutoSpies.com providing money saving and insider information on cars

Publish articles to popular social media news sites such as Mixx.com, Digg.com, and Propeller.com. These sites allow you to post articles and vote on news stories.

Share videos and images by setting up accounts with Youtube.com and Flickr.com, leaders in online video and imaging to reach a broad or targeted audience.

Social bookmarking on sites such as Del.ici.ous and Ma.gnolia.com provide an opportunity to store and share links.

Blogging enables you to provide information and updates about your business to customers.

Businesses that incorporate social media marketing into their conventional marketing plan have the advantage of reaching audiences using a whole new approach. The benefits of branding and traffic are just the tip of the iceberg, establishing your business as a leading authority in your industry promotes good quality links, better search engine placement, which in turn increases sales.